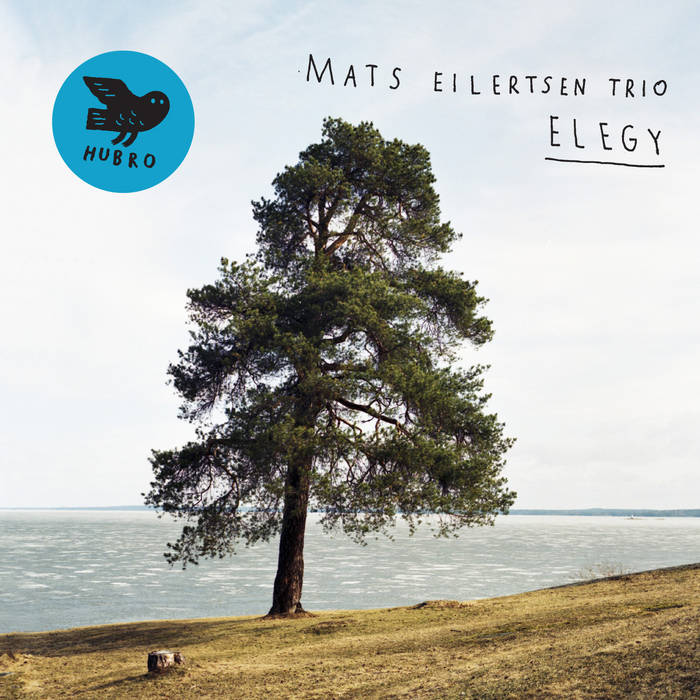 Elegy emerged as the result of a fantastic first meeting of three musicians who share their love of playing music with no boundaries, but with enthusiasm, drive and a sense of humour.
Bass player, composer and bandleader Mats Eilertsen (b. 1975) is a busy man these days. He has toured extensively with the Tord Gustavsen Ensemble for the past year, played at festivals all over Norway with his own “Radio Yonder” (HUBROCD2501) quartet.

On “Elegy”, his fifth album in his own name, he presents a brand new piano trio. The exciting pianist Harmen Fraanje (b. 1976 in Roosendaal, the Netherlands) plays in several of the most popular Dutch jazz groups, and is beginning to make a solid name for himself internationally. The inventive drummer Thomas Strønen (b. 1972) has a long history together with Mats Eilertsen from groups such as the Maria Kannegaard Trio, FOOD, Parish and the Anders Aarum Trio, and their chemistry is evident.

It is difficult to spot the dividing line between composed material and free improvisation here, and the sparks really fly when the three musicians get going. Their scope is broad, ranging from lyrical passages to improvised sections, but a spirit of playfulness permeates the album.

“It´s an impressive trio debut, Fraanje injecting an element of playful subversivensess that provides the inspirational spark that brings the very best out of the two top-notch Norwegian musicians. Whether it be the thoughtful title track or pieces such as “Flying” og “Tuven, Tuven”, this is a perfectly judged collaboration that would delight festival audiences across Europe.”
– Jazzwise, Stuart Nicholson 3/4 (UK)

“Eilertsen’s material ranges from the tender, folkloric “Sukha” whose song-like lyricism, rests somewhere between the late Esbjörn Svensson’s pop-centricity and Gustaven’s mid-tempo minimalism, and “Kram,” which leans more towards the greater extroversion of “Nardis,” but with an underlying thematic emphasis. The trio’s free improvisations are equally impressive, from the brief, quarter-note piano chord-driven title track, a feature for Eilertsen’s arco, to the strummed bass figure of “Flying”—Fraanje’s ebbing-and-flowing waves evoking images of birds in flight—and the more jagged but equally cinematic “Falling.” Throughout, Eilertsen ensures complete democracy, distanced from a convention where piano is supported by a rhythm section of bass and drums. There’s no lack of support to be found on Elegy, but it’s a mutual thing—pulse as likely to come from Fraanje supporting Strønen’s open-minded excursion as it is the other way around. Eilertsen anchors the bottom when needed, but is, more often than not, a melodic foil in this equilaterally designed and, consequently, open-minded trio.”
– Allaboutjazz.com, John Kelman (USA)

All music by Eilertsen and the musicians, except #8(M. Davis).