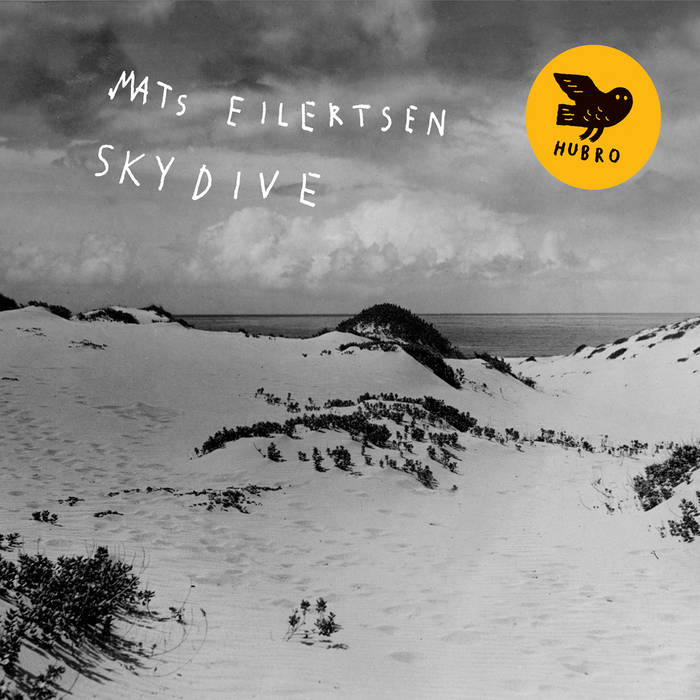 SkyDive is the sixth album bass player, composer and bandleader Mats Eilertsen is releasing under his own name. His quartet has grown into a quintet since the release of the highly praised 2009 album Radio Yonder (HUBROCD2501).

The members of the original quartet are still present:
saxophonist Tore Brunborg, who also plays together with Eilertsen in Tord Gustavsen’s band, the exciting guitarist Thomas T. Dahl and the creative Finnish drummer Olavi Louhivuori, known from the Ilmiliekki Quartet and Tomasz Stanko’s band. The new team member is the extraordinarily sophisticated Finnish pianist Alexi Tuomarila. Like Louhivuori, Tuomarila plays in Tomasz Stanko’s band. He released the album Constellation together with Eilertsen and Louhivuori in 2006.

Mats has found the perfect quintet to play his melodious, intricate and organic music. Intense beauty and fluid virtuosity. In this band the members are all equals and superlative players. The album was recorded at legendary Rainbow Studio by Jan Erik Kongshaug and was produced by Eilertsen himself.

The material also has a broader scope this time, ranging from the robust to the ethereal and esoteric, from the hymn-like “Parachute Psalm” to the energetic riffs of “The Old Oak”. All the material is composed by Eilertsen. As always his music is melodic, dynamic and richly lyrical. Highly recommended!


Mats Eilertsen is one of the most powerful and distinctive bass players on the Nordic jazz scene. SkyDive is his third release on the HUBRO label, after Radio Yonder in 2009 and the trio album Elegy in 2010. He is a very active and productive musician, and has over the years appeared on albums by ECM-associated bands the Source, Wolfert Brederode Quartet, Tord Gustavsen Ensemble and Parish, as well as Håkon Kornstad Trio,
Food with UK saxophonist Iain Ballamy, Jacob Young Band, Solveig Slettahjell’s Slow Motion Orchestra and Håvard Wiik Trio.

Saxophonist Tore Brunborg has a unique voice on the saxophone, bridging the lyrical and expressive style in an unparalleled manner.
Since his international breakthrough in the band Masqualero (with Arild Andersen, Jon Christensen, Jon Balke and Nils Petter Molvær) in the early 1980s, he has been performing with Manu Katche and Tord Gustavsen.
His own trio Meadow features John Taylor and Thomas Strønen.
He has also worked with many other groups and artists, including Oslo 13, Rita Marcotulli, Billy Cobham, Jon Balke’s Magnetic North Orchestra and Bugge Wesseltoft.
Later this year he will be releasing a new album with a young band he is fronting together with vocalist Kirsti Huke, ‘Scent of Soil´

Finnish pianist Alexi Tuomarila studied classical music at the Espoo Music Institute in Finland and jazz at the Royal Conservatory of Brussels. He has won a number of awards and has released several critically acclaimed recordings for Warner Music in Finland.
He is currently touring the world with polish star trumpeter Tomasz Stanko.

Drummer and percussionist Olavi Louhivuori has studied drums and composition at the Sibelius Academy. He has received the “Young Nordic Jazz Group” award three times with three different bands: the Joona Toivanen Trio, the Ilmilekki Quartet and the Sun Trio. He has played with artists including Anthony Braxton, Marilyn Crispell, Susanne Abbuehl, Kenny Wheeler and Tomasz Stanko. His first album with his own band, Oddarang, was released in 2007 and won the Finnish Emma Award.

Guitarist Thomas T. Dahl studied at the Trondheim Conservatory of Music and made his breakthrough with the prize-winning band Krøyt, featuring vocalist Kristin Asbjørnsen. He has an amazing instrumental capacity, equally at home in chordal structures and more modern electric, sonic landscapes.
Since then he has released four albums with the band Dingobats with Mats Eilertsen, and has collaborated with Erlend Skomsvoll, Nils-Olav Johansen, Ole Hamre, John Inderberg, Karin Park and the pop group Ephemera.